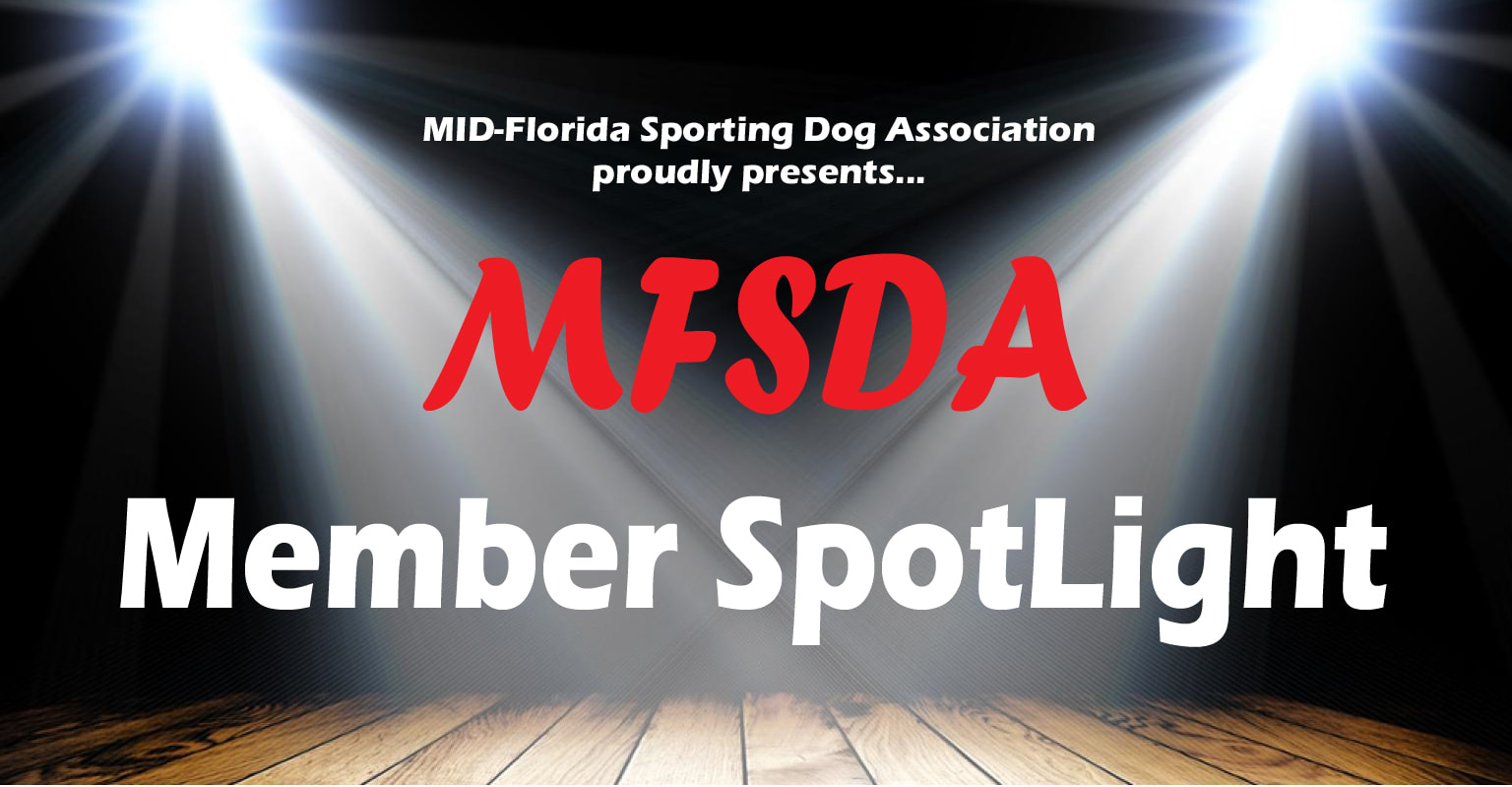 Merrilyn’s passion for dogs began at a young age of twelve and she was successful in training her sister’s dog Trouble (aptly named, by the way) to do jumps and other tricks (see photo).  Dogs loved Merrilyn, too, and many of the neighborhood dogs would gather at her house.  Of course, it probably had something to do with the abundance of cheese treats!

Fast forward to dog training classes with the first of many rescue dogs, retriever mix Casey, 1989, where her love of formal dog training began when she met MFSDA member P.J. Lacette & Sandy Guy at Best Paw Forward Inc.  Her journey began there when Merrilyn’s sister and roommate insisted, she MUST get that dog some training – or I’m outta here!  So, off Merrilyn went and there began a lifetime of love and training numerous dogs.  Merrilyn always had a soft touch for a rescue dog, and although she trained multiple dogs of various breeds and mixes, not all were comfortable in performance venues. Included in that mix was Brandy, Merrilyn’s “heart-dog”, a high anxiety sweetheart of a dog, that seemed afraid of her own shadow at times.  Brandy overcame many of those fears as Merrilyn persevered in training with lots of love and guidance and Brandy was able to tame her fear of other dogs and people.

When Merrilyn’s first flat-coat Linc suddenly appeared in her life through P.J.'s longtime link with longtime flat-coat mentor Claire Koshar, Merrilyn was more than ready to head for the obedience ring with a confident, fun-loving sporting dog.  Linc soon became the star of the family as he handily finished titles in rally and obedience as well as in trick dog, and had fun playing in retriever field, tracking and scent work.  Linc loved to be in the ring and literally would smile the entire time!
Over the years, Merrilyn and her dogs completed a very long list of educational seminars and trained with a lot of clubs and instructors, including Orlando Dog Training Club and Linda Fishkind.  She has learned so much through these training programs and also that she can do a lot of fun things with sound, well-bred dogs.
​
Boomer came on the scene in 2017 from co-breeders Bobbie Bradley and Kathi Leonhardt and is linked to a lot of successful flat-coat lines here in Florida.  This time Merrilyn was ready to try the show ring too, though it took some not-so-gentle prodding from her friends. She handled him herself and obtained his first points toward his championship when he was just a puppy.  She had a dear friend show him for a while but was again handling him herself the day he finished his Grand Championship.

In true flat-coat style, Boomer has been known to go from a stellar obedience performance to rolling on the ground during utility signals. He loves to put on a, especially for a laughing crowd or a laughing handler. But Merrilyn says she can't help herself because he is so much fun train and to show.
She is looking forward to for next puppy, maybe even a Boomer relative to help keep Boomer on his toes...